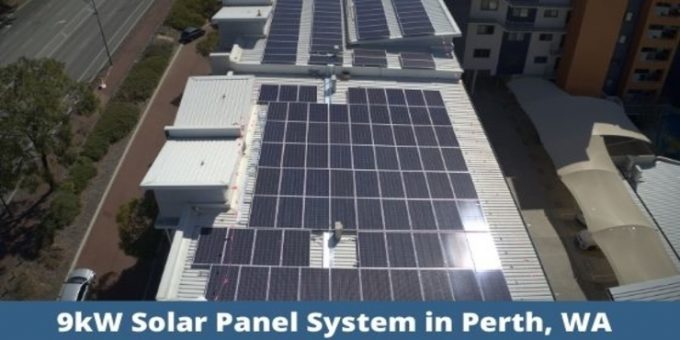 Depending on project-specific conditions, photovoltaic systems may or may not be a large investment. If you are considering installing a photovoltaic system for your home or business, ensure the following checklist before buying solar systems.

There are four main factors that determine whether a potential location receives enough sunlight for a solar PV system to be profitable are Geographical location, local weather, Alignment of the roof and other obstacles. These factors determine the amount of direct solar radiation that reaches the photovoltaic system and, in a broader sense, determine the energy output.

Shadowing can be a serious problem if not taken into account because the shade of one solar module is enough to reduce the production of the entire string. However, please note that when installing arrays, small shadows can be avoided and Locations, where solar photovoltaic systems are installed, must have a minimum shade. PV roof systems have improved performance when installed in a favorable orientation.

3) Is your energy at your location expensive?

Expensive energy means saving more money per kilowatt-hour, produced by solar photovoltaic systems. Production of 1000 kWh saves 100 US $ at 0.10 US $ per kWh. However, this amount will double if the utility charges $ 0.20 per kWh. If energy is expensive, the payback period is shortened because of the savings per kWh increase.

4) Are there incentives from local authorities?

Some governments offer tax credits and tax exemptions to homeowners and companies that invest in solar energy.

6) Support and Maintenance in Perth, WA

The rooftop solar system will only provide a full return on investment if it works as smoothly as possible. This means regular checks on individual system components. Timely intervention avoids the risk of production decline or downtime or security risk.

In the solar system for a grid roof, operators must meet all the requirements needed for the installation of network meters. This may require additional time and costs depending on the local power supply. Permission is not required for battery-based systems. However, if the subsidy scheme is offered by the government, additional subsidy documents may be needed.

9) Do you have your property?

If you are not a property owner, the investment may not be justified – unless your landlord/broker wants to share costs or make investments on your behalf to exceed the increase in rental rates.

The cost of a fully installed 9kW solar system has dropped dramatically in recent years. Wholesale costs for photovoltaic modules continue to decline due to market conditions, especially due to increased production in Australia. The high-quality 9kW solar system in Australia has been installed for under $ 10,000. Generally, a 9kw solar system price lies between $9,000 and $14,000.

Why Choose Us For 9kW Rooftop Solar Panels For Home in Perth, WA?

Our mission is to provide consumers who want to buy solar panels with the best information tools available to help them find the best solar panels for their homes, the best solar system inverters and the best solar prices they can get. Purchasing a solar module is not easy, because it is designed for a lifetime of at least 25 to 30 years and thus represents a long-term investment. We know that the 9kW system is a big investment. That is why every brand we offer is one of the best in the world and offers comprehensive Australian warranty support. Contact Us Now for Best 9kw solar system In Perth, Australia

1. How much does a 9kW solar energy system cost in Perth, WA?

2. What are the Dimensions of the 9kw solar array in Perth, WA?

3. What is the capacity of a 9kW Solar Power system in Perth, Western Australia?

Like a solar PV system, the actual power of a 9kw solar system/9kW solar panel capacity depends on several variables. The location and climate, Trend and orientation of solar panels, the quality and size of the system inverter and others in the system will play a significant role in power output.

The average payback period of the 9kW solar system is 3 to 5 years. No matter how long you return, you save energy costs from day one – savings that only increase if electricity prices continue to rise.

4. How Many solar panels are required for a 9kW Solar Power system?

The 9kW solar system consists of 28 to 36 solar panels. The efficiency of a solar module is determined by the amount of energy that is converted from sunlight into electricity per unit area. This means that comparing panels of the same size gives more efficient panels more power (in watts). High-performance panels are usually expensive, so it is very useful when space on the roof is limited. By using high-performance panels, the homeowner can maximize the amount of solar energy he can use because of the size of the roof.

It depends on how much electricity you consume, where you live, what roof characteristics you have and what percentage of your electricity bill you want to reduce.

6. What would be my savings on using a 9kW Solar Panel System?

If you use more electricity than you send back to the grid, you save about $ 350 to $ 600 per account cycle with a 9kW solar system.

7. What is the Area Required For the 9kw Solar Panel System?

8. What is the average power output of one 9kW Solar power system?

The 9kW system on average produces 40 units of energy per day. But how much energy you produce depends on several factors.

The location and position of the panel are the two most important. Most places in Australia have the most sunlight around noon or 1 pm, less in the afternoon and morning. Apart from that, you will produce more energy in summer than in winter. However, regardless of your location, our installer positions your system so that it receives as much sunlight as possible throughout the year.

The result also really depends on the quality of your system. So, it pays to invest in the best quality you can afford. Combined with precise positioning, ensure your system provides the best results 365 days a year.

9. What Type of Households are Best Suited For 9kW Solar Panel?

The 9kW solar system is ideal for large houses with reversible air conditioning and large swimming pools. If you use a lot of power during the day and have a minimum budget of $ 700 per billing cycle, the 9kW system is a good choice.